One beneficial thought a day can heal us 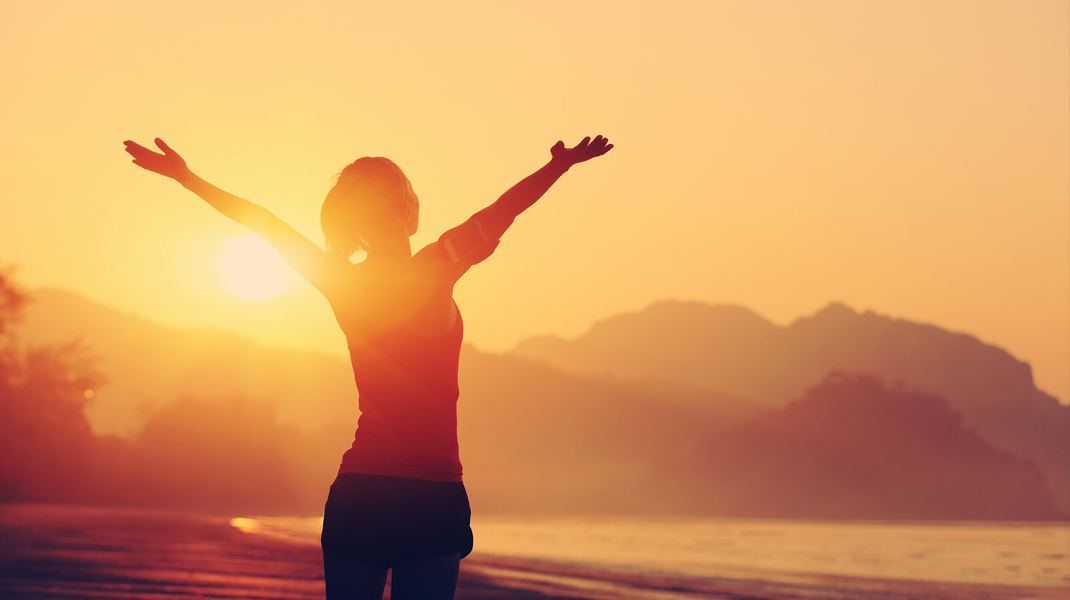 Traditional medicine states that illnesses have causes of a subtle nature

Medical knowledge is a very important part of human knowledge. There are two sets of traditional medical knowledge which have been passed on almost unaltered to us. They have developed in time and are successfully used nowadays: Chinese medicine and Ayurveda (the Indian medical tradition, translated as “knowledge of life”). Both treat people by considering the human being as a complex structure made up of a physical body and a subtle one, and the diagnosis is established while also considering the functioning of the subtle body. Moreover, both traditions emphasize the prevention part of medicine, as well as maintaining a quality of life which implies the elimination of harmful subtle influences, those which are considered, as we will see, the true cause of illnesses.

Ayurveda considers that illness occurs in the body together with the disturbance of energies. This disturbance is caused by the wrong perception we have with regards to the environment, in other words by attitudes we foster that are in disharmony with nature. The root of all these wrong perceptions is ignorance: ignorance of the common sense, ignorance of the signals we receive from the 5 senses, ignorance of the natural rhythm of life. For instance, it is recommended to eat as long as we are hungry, only that which has a pleasant taste, without exaggerating, respecting meal hours as much as possible. Ayurveda treats by aiming to harmonise these subtle energies in the body with the help of plants, minerals and different specific remedies.

Traditional Chinese medicine states that a major cause of all illnesses is negative emotions (anger, fear or sadness), as they reside in the “heart” energetic organ and their excessive manifestation influences its activity. Western medicine made the same observation which is full of common sense and recommends people who suffer from cardiac ailments to avoid strong emotions.

According to traditional Chinese medicine, another source of energetic imbalance which generates illness are influences exterior to the body, which are all associated to excessive subtle energies: wind and heat – yang excess, and cold and humidity – yin excess.

Traditional Chinese medicine treats most often by using plants, acupuncture and physical exercises which are aimed to balance the energies in the body and thus to re-establish the correct function of the internal organs. Specific techniques of qigong, tai-chi and yoga can lead not only to maintaining an admirable state of health until old age, but also to super-human performance due to perfect control of the energies of the body.

Qigong master Zhou Ting-Jue, born in 1934, can generate in his palms a temperature of 94ºC, measurable by infrared cameras. He treated Dalai Lama by rebalancing his energy and he is considered part of the national Chinese treasure due to his results which have been recognized internationally.

The neuropeptides of dr. Pert

The link between the psycho-emotional state and the physical state of the human being was acknowledged since old times in ways described by widely spread popular expressions, such as: “with a heavy heart”, “petrified with fear”, “green with envy”, “scared stiff”, “eaten up with jealousy”.

Together with the development of science, new research was made on this connection between emotions and body. One of the first researchers was John Hunter (1728-1793), who observed that his pectoral angina episodes appeared almost every time his mind was agitated.

A great leap was made once researchers discovered the way neuropeptides act. Neuropeptides were called “molecules of emotion” by Candance Pert, founder of a new branch of medicine called “mind-body medicine”. Thus a new model appeared, which explains the brain and the way the activity of the physical body is influenced by thoughts and feelings. Neuropeptides are protein molecules used by the brain to send different chemical messages to the body. It was discovered that memory, social functioning, hunger, sexual reproduction, metabolism and many more are regulated in this way. Depending on the psychic state of the being, specific types of neuropeptides are sent to different internal organs or systems such as reproductive system, digestive system, immune system, etc.

Any psycho-emotional state that lasts a long time triggers a prolonged physiologic response which will have a lasting effect and will determine – in the case of destructive feelings – a state of illness.  It was noticed for instance that the immune system is easily affected by the chemical stress caused by negative psychic states.

Dr Bruce Lipton, a famous contemporary American biologist, pushed forward the idea of emotions influencing the body and claimed that the DNA we are born with can be altered by our thoughts and our emotions. The implications of this idea are so profound and vast that, rightly so, it is considered a revolutionary idea, even more so as rigorous research done in the field of psycho-neuroscience seems to support it.

Even if medical traditions which have been proven effective along many millennia, or modern research done in the field of psycho-neuroscience do not prevail in the way diagnostic and treatment are prescribed today, it is necessary that people who are endowed with intelligence and common sense acknowledge the fact that our thoughts trigger the accumulation of certain correspondent energies in the body, and they influence consequently our state of health.