Hatha Yoga is a complete nourishment for body, mind and heart 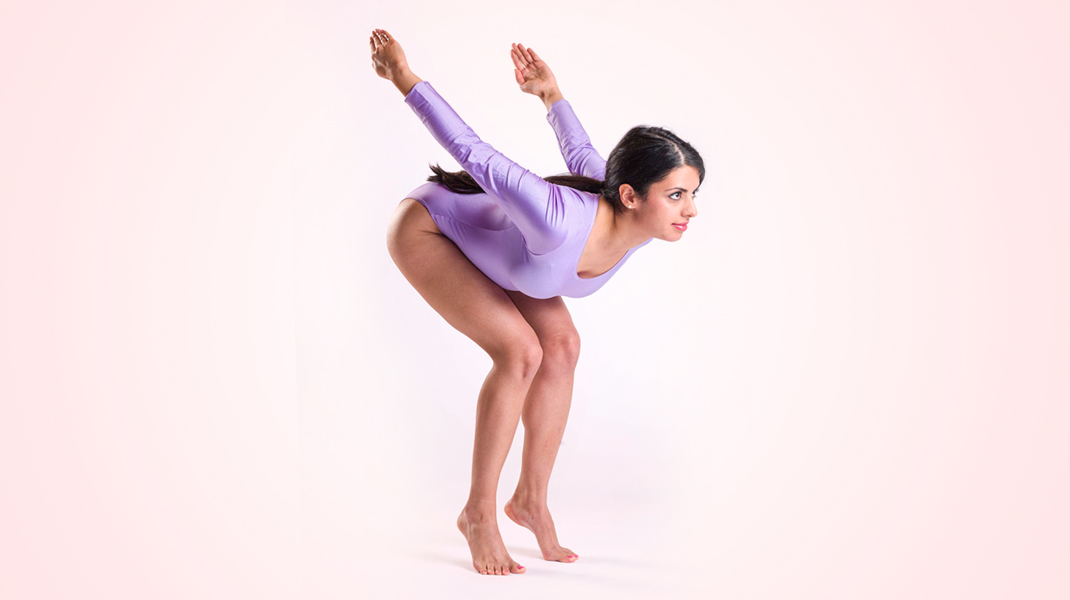 The word “hatha” is made of two Sanskrit terms: “ha” – which means “sun”, and denotes the universal masculine principle, and “tha” – meaning “moon”, and designates the universal feminine principle. In this way, it is suggested that Hatha Yoga aims to recognize in the microcosm of the human being these cosmic principles and their unification in our being at all its levels. By achieving this perfect balance, the human being manages to rise above duality, revealing his true nature, created “in the likeness” of God.

The practice of Hatha Yoga means assuming special body postures with beneficial effects (called in Sanskrit asana), the control and rhythm of physical and subtle breaths (known as pranayama), fundamental procedures for the purification of the physical and subtle body (kriya), as well as techniques of mental concentration. When all these are done properly and with perseverance, they result in increased vitality, excellent health, and a state of fulfillment, inner balance and happiness.

The path to success in Hatha Yoga practice is composed of stages that can be approached separately, but each of them is a solid foundation for the next one. These steps are: the assimilation of ethical and moral rules (yama and niyama), the practice of body postures (asana), the control of breathing (pranayama), the control of the senses (pratyahara), the genuine mental concentration (dharma), the ability to meditate uninterruptedly (dhyana), and the unification of the individual consciousness of the practitioner with the Universal consciousness (samadhi). For the one who has made all the necessary spiritual efforts, the last stage is a victorious and beatific crown that confirms without a doubt the truth of the spiritual path and the reality of God’s attributes in all their splendor.

The results come from consistent practice

For every person practicing Hatha Yoga, the results are proportional to the real efforts made, the spiritual dedication with which he engages, and some native capabilities. This genuine spiritual science is very appropriate to the times we live in, because its effective methods have already been verified during the thousands of years of practice, and it is also designed to lead us, step by step, according to our commitment, to results that sometimes may be exceptional.

One might say that, among all the spiritual practices known today, Hatha Yoga is probably the one that had and still has the greatest success in the world, both in the East and in the West, because the results appear relatively easily. Thus, techniques from Hatha Yoga have long been included in the training program of Olympic athletes and cosmonauts, who improve in this way their physical abilities even in the absence of the spiritual elements of traditional practice.

Austrian Herbert Nitsch holds the world record in free diving (diving without breathing equipment). He succeeded in 2007 to reach a depth of 214 meters, by including in his training program some specific breath control exercises. Wim Hof is a Dutch who, by using breathing and meditation techniques, has established 26 world records of withstanding freezing temperatures. He climbed Everest in 2007, at 6700 meters altitude, dressed only in shorts and sports shoes, stood in 2011 in an ice bath for 1 hour and 52 minutes, and ran a marathon race in the Namib desert without drinking any water during the race.

Prahlad Jani is a contemporary yogi who claims he has not consumed any water or food for the past 75 years. In order to verify, at least partially, his statement, and because he did not have 75 years at his disposal, Dr. Sudhir Shah from the Institute of Psychology and Sciences of the Indian Ministry of Defense, as well as 35 other researchers, kept Prahlad Jani under permanent monitoring at the Sterling Hospital for 15 days in 2010. They certified that his health had not changed, that he was very healthy, although he did not consume water or food during this experience.

The results obtained by these people were achieved due to their exemplary commitment: Prahlad Jani says he has had a continuous spiritual practice since the age of 11, Wim Hof confesses that he has been attracted to cold water since the age of 17, and Herbert Nitsch trained for 17 years to win the records he holds.

When Hatha Yoga is approached as a mere exercise, without a thorough guidance and without understanding the esoteric aspects, the effects may appear chaotic and only temporarily. For a particular technique to be effective, especially when a precise purpose is being pursued (e.g. the relief of cervical pain, or harmonious weight gain), a longer time is needed, as well as appropriate advice of a spiritual guide. The spiritual component of the presence of a guide is very important because health problems can be dealt with at a profound level only when the profound causes of these disorders and known and eliminated, causes which may be at the mental level. It’s a great chance to have next to you, on a life-long journey, a competent guide who watches that your efforts are as effective as possible, when his is followed with confidence.

It is interesting to learn that there is a certain posture that eliminates laziness and has effects in treating kidney disorders, another that can reveal hidden emotions and is indicated in the treatment of gynecological diseases, or a posture that facilitates a proper blood flow in the legs and abdomen, and which can give intuition and artistic creativity. Hatha Yoga is a very complex and complete science, founded on a deep and varied body of knowledge. Only a competent guide knows in detail the multiple effects of different techniques, as well as the possible obstacles that may appear.

Countless pleasant surprises are reserved for those who take advantage of the initial impulse of curiosity through a “necessary gram of proper practice,” and then continue their evolution on a spiritual path that has been accompanying humanity for thousands of years.