God answered me with an overwhelming state of happiness 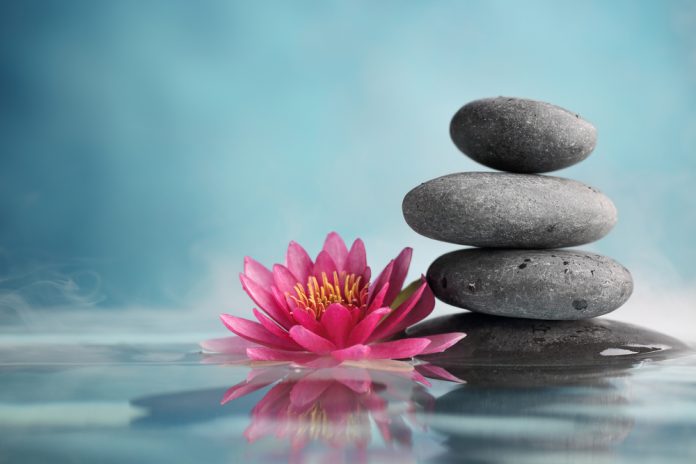 I was diagnosed with a tumour formation in my right kidney with haematuria. Given the condition I was experiencing, I decided to attend the Exceptional Spiritual Healing Event to be held in early September 2015.

I will relate below what I felt as a result of my participation in the Exceptional Spiritual Event on September 6th, 2015. As early as 12:30 p.m., from the moment I took my place in line to enter the spiral, I felt an elevated, ever-increasing state of self-confidence awaken and amplify in my being, which reinforced my inner conviction that I would be able to overcome any difficulties and obstacles that might have arisen in my being until the completion of this spiritual action.

Between 2pm and 10pm we waited, together with all the other participants, on the spiral field, listened to all the announcements made by the organizers and followed the clarifications given to us along the way. Even though this waiting period was a bit longer than I had anticipated, it was for me nothing but a particularly favourable period of relaxation and inner preparation for all that was to come.

Between 10pm and 12:30am I performed, in unison with everyone else, both the meditations in the final programme of the Yogic Spiritual Holiday Camp and the blessings that were proposed for some of those present. Between 00:30 and 01 we listened attentively to the audio message delivered by Grieg. I was pleasantly surprised to find that throughout this preparatory waiting period, which lasted until 01:00, I felt no fatigue and no sense of hunger, although I was still fasting.

From the moment I started the spiral meditation I realised that I was experiencing an intense inner state of complete satisfaction, I felt the very strong beneficial influence of the meditation on my general condition and all this had a strong beneficial impact on my condition. This favourable state was sustained in my being both by the wonderful music and especially by the transforming inner echo of the message from the beginning, which was conveyed by Grieg before the spiral meditation began.

During the course of the spiral meditation, in my estimation I can say about halfway through it, I suddenly felt a strong sensation of vomiting, accompanied by an excruciating pain in my stomach and then a cold sweat came on just as quickly. At that moment I felt the urge to sit down, but nevertheless managed to stay further in the spiral, still holding hands with the two colleagues to my left and right.

I don’t know exactly how long that unpleasant feeling of sickness lasted, but I was surprised to find that at one point, almost suddenly, that feeling of sickness disappeared instantly and from that moment until 05:30, when the spiral meditation ended, I felt extraordinarily well. A boundless happiness had taken hold of me, and this stenic feeling of inner well-being then lasted for many hours after the meditation was over.

I confess that when I began to feel sick I decided in my heart, sitting down in my chair, to pray intensely to God to help me. Almost immediately I felt in my being a strenuous state of confidence and immediately afterwards the conviction was born in me that if I did not leave and if I resisted, then God would help me to overcome a great inner obstacle, which I later found to be the case.

I am convinced that the state of spiritual aspiration that I manifested then, as well as the inner determination that arose in my being as a result of the intense prayer to God, made my being grow in its ability to concentrate. Ever since I heard Grieg’s initial message, I have sought to integrate this spiritually transforming message as deeply as possible into my being, and this has given me a special spiritual state of trust in God, thus allowing me to choose wisely between giving up my participation in this meditation and leaving, or remaining and integrating myself in an active, deeply spiritual way into the special spiritual environment that was then manifesting itself through God’s grace. Consequently, I chose to continue participating and fervently praying to God to help me.

After making this wise choice I felt perfectly integrated into the magical spiritual atmosphere of the moment. So strong was the beneficial emotional experience I had at the spiral meditation that the next day, practically from September 7th, 2015, I decided that for 49 days I would light a candle every day to thank God for the exceptional spiritual opportunity He gave me on this occasion, the chance to participate in this first spiral meditation designed to trigger extraordinary healing processes, a spiritual action that was initiated and carried out by Grieg during the spiritual yogic camp in Costinesti.

During the whole spiral meditation that was performed on the occasion of the exceptional spiritual healing event in 2015 I felt a very powerful subtle energy, which helped me to distance myself from any negative emotion, any fear and which made me experience an ineffable state of merging with the deep feeling of boundless happiness.

Thank you for this special spiritual opportunity. I intend after 49 days to have a new MRI investigation related to the tumour formation I am dealing with.