An unlearned lesson can become the cause of a disease 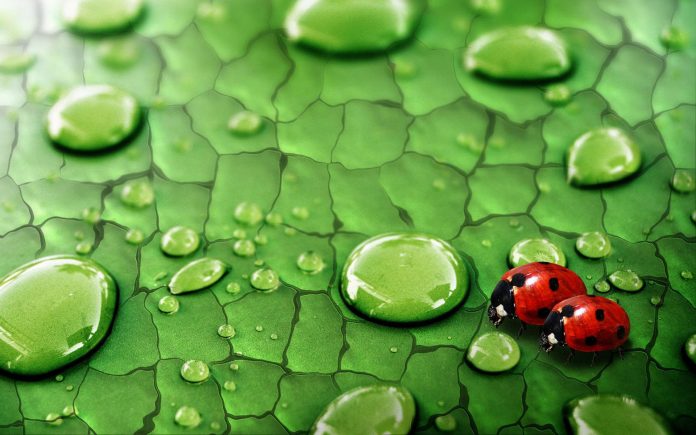 I’ll start with the September 2015 event.

I had a pancreatitis in August 2015, around the middle of the month. Up to that point I have not had any health problems in that direction. That crisis came on very suddenly, I mean in the way that I didn’t feel like I had any problems and walking down the street within about 5 minutes it started with mild chills and got to the stage where I could barely stand. After about three days I started to get better. I came to Costinești on holiday and after a few days, when I felt I had recovered a bit more vitally, I started to hold the preparatory days of fasting for the event. To get out of this crisis and to heal I took herbs during that period and kept a diet and by the 6th of September I had recovered significantly, but there was still a feeling of embarrassment in my pancreas. After the event of September 6th, 2015, the very next day, I no longer had any discomfort in my pancreas and in the weeks that followed, especially in the first 3 weeks, I noticed how my digestive capacity was recovering more and more, and I am gradually returning to a normal diet, except that it is difficult for me to digest dairy, not in the way that the problem feels in the stomach, as if something is left in the stomach, but I simply feel that it is an effort for my pancreas to provide what is necessary for the dairy to be digested. That’s not necessarily a problem for me, because I don’t really like them either.

In the months that followed I felt fine, but in February-March I had another attack and I realized that this was due to the fact that, although with God’s help I was healed in the fall of 2015, I still hadn’t learned the lessons that were associated with this condition. I made the same mistakes and ended up in March with another crisis. And I even felt worse then, because unlike August 2015, when I was on vacation and taking care of myself, in March the tendency was somehow to carry the disease on my feet, continuing my activities, which were quite demanding. And by the end of March I was already very sick, then I was somehow forced by the situation to stop my current activities and take care of myself, to understand what was going on, where I was going wrong, and I even seriously questioned myself that I didn’t want to end up in the graveyard of those who thought they were irreplaceable, and I took a period of rest and recovery.

What I realized then and it helped me a lot and I want to share with you, especially since the exemplification with the Godly Attribute of Godly Health was done tonight, I then started to systematically do meditations with the Attribute of Health. Grieg did this exemplification for us the first time in the Shakti Camp in Greece last year and then I at the end of March started to systematically do these meditations and I felt very clearly the recovery from day to day, plastically speaking, very visibly. And I even felt during the Health Attribute meditations how the specific energy of this attribute was healing my pancreas, because I was doing the meditation with this clear intention – that a healing would happening in my pancreas. And I performed these meditations during the months of April, May, June, July systematically and my condition improved a lot. Even the doctor who is assisting me in this healing process asked me how I am feeling and for me it was very significant, because although in June and July I had an extraordinarily demanding schedule, yet I had no health problems and also now I don’t have this difficulty to digest dairy, so I can eat it without any problem. What I felt extraordinary during the Health Attribute meditations is that I was taught what I need to correct in my being, as an attitude, as a way of thinking, as a way of acting. I also felt that the state of health is actually a return to Godly Harmony, which also involves the observance of Godly Laws, and that basically this process of healing is the return to harmony. With each meditation with the Attribute of Health, I felt that I was one step closer to returning to the state of Godly Harmony.

Today, at this Event, when I took the preparatory herbs, I felt a similar state to the one I experience when I meditate with the Attribute of Health, namely that those herbs brought me into a state of Godly Harmony. I tried to be very attentive to the energy that the plants brought into my being and to take this preparatory stage very seriously and during the meditation I felt the full effect of these plants, that they basically triggered the process that followed. During the meditation with a musical background I had a particularly complex experience, which unfolded in several stages. Before I share these stages with you, I would like to say that I felt very clearly that my second participation in such an event is based on my participation last year, i.e. there was a cumulative phenomenon. I can tell you that I no longer started from the ground floor, but from the first floor, which means that I felt that last year’s participation laid a foundation, even if at the time, during the spiral, I did not have a very intense or special experience in a certain way, as it was this year. And I also felt that in all the Attribute of Health meditations that I did during the year, they prepared me a lot for this year’s event.

During this year’s meditation I felt at the very beginning when we held hands and the spiral began, standing barefoot on the white cloth, folded as recommended, I felt that very intense telluric regenerative energy was entering my being through my feet and that this recommendation to stand barefoot on this natural fibre cloth and benefit in this way from the telluric regenerative energies is very important. Then in the first part of the meditation I felt that I was shown what I need to do now in order to harmonize myself and for my whole life to have a touch of Godly Harmony and this for me means to be very careful to always give God the first place in my life and to take care that the state of aspiration and devotion to God is always stronger than any other desires I may have and to be very careful in this direction, because there is a tendency in certain circumstances or moments for desires of a more human nature to take on a greater intensity than devotion to God. And I have felt that whatever I do to harmonize any plan of my life, I will not achieve the harmony I seek except by giving God first place in my life. I was very open to this godly recommendation and guidance and received it joyfully into my being and then felt that I was translated into another stage of meditation. I really had this feeling of translation into a space where I am enveloped by God’s goodness and Grace, then I felt that there are a lot of subtle beings of light present there, who are working on a restructuring of my being both on the physical and subtle level and that they are putting everything in a divine order and in this way regenerating and purifying me and I then remembered that before the meditation it was specified to us that this process of healing and spiritual transformation is carried out by God and with the help of angelic beings. After this intensely purifying stage, the essential energy of the Kundalini Shakti being awakened very strongly and as the Kundalini energy ascended to sahasrara, I felt filled from the bottom up with light and perceived a state of godlyness. I became aware of a feeling of lightness, as if a weight had been lifted from my being, and I realised then that in that process of purification which the beings of light had achieved and thanks to the outpouring of God’s Grace, a certain karmic baggage had been removed from me. After this stage, in which I felt filled with light through the ascension of Kundalini energy and through the Grace of God, I felt a very intense state of joy and of finding myself in God. It was an overwhelming state for me and I felt spontaneously grateful to God for all that I was experiencing then and for all that happened in my life in this camp and I felt it as a crowning of this spiritual vacation and as a fulfilment of a deep aspiration of mine to live this very deep state of communion with God. Then there was that interval of transition to the second stage, in silence, when Grieg explained what we were to be aware of and how we were to proceed after this event. I felt that as he spoke, he was exemplifying for us the ideal way in which we should relate to this event in order to get the most out of it. Then I became aware of that unison effect he was talking about and I became aware of it from the fact that in that time he was talking about, the world started to move around quite a bit. I didn’t open my eyes to see what was going on, because my state was still very intense and I still had the Kundalini Shakti energy awakened, but I had the feeling that the others had their hands out and were not as attentive and that because of this a certain effect had been lost that occurs when the whole group is focused on the outpouring of Grace that is happening. Then came the silent stage, which I felt was very important. I say that without this stage I would have benefited from very little of what happened in the first part and that in this stage a kind of crystallization takes place and that the beings of light who assist us also help us in this stage in this direction, of crystallizing what happened in the first stage.

At some point during this meditation, I felt that the intention with which we engage in this event is of great importance and I felt the difference from last year, when I came to this event primarily to heal myself on a physical level, and this year, in the time frame in which we were preparing for the start of the event, at some point I internalized and I said to myself that I have to be very clear why I’m here, because I felt that I was a bit scattered and that I wasn’t really present and then I thought that this is actually my aspiration, to always do God’s Will and to be in the deepest state of communion with Him and God’s grace led me to these experiences.

I thank God and Grieg very much for all he has given us and, if I may, I would like to make a request. If it is possible, on the occasion of another camp, I would also like to have the Godly Attribute of Godly Sublimation exemplified to us.