The supreme healing energy is love 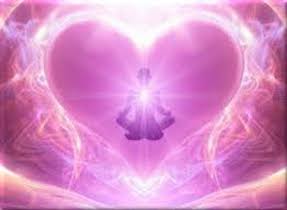 I’ll start by sharing with you how I felt after the first such spiral in 2015, when I didn’t know what to expect and therefore it was an overwhelming experience. Then I felt that as soon as the melody started it was like a kind of energy blast coming down from the sky in the form of a tube along the golden pillar in the centre of the spiral. Through this tunnel angelic entities descended and settled around the spiral forming a kind of energy dome. I felt swarms of angels descending, each person three, four, as many as it took to be that being purified and healed.

This whole spiral was in an intensely golden, glowing white energy bubble, which I felt as if it was rising to a higher plane with those people who managed to connect to this spiritual healing field. In this field I could see how some beings were lying down, others were sitting, others were standing and angels were working on them.

Another overwhelming manifestation appeared and that was Jesus. I did not understand what he was doing in this manifestation, but the answer came to me instantly: He is this Christ consciousness through which the basic, healing energy, which is love, is manifesting. He was somehow the source of that healing energy, from His heart emanated those energies that were extended through the angels who came down and performed these miraculous healings on us. Then followed different personal manifestations in which we felt how they worked on the physical body, on the mental body, on the emotional body.

Suddenly, at one point, the Archangel Michael appeared before me. I also asked myself, “wow, Archangel Michael?” I felt him working on me and the whole amalgam was having an overwhelming and purifying effect on my being. That vision has not recurred, nor have I heard any other reports of anything like it, either last year or two years ago.

This year I was not expecting it, but instantly, as soon as the music started, I felt that energy tube manifesting again and the face of Jesus immediately appeared, extraordinarily powerful, overwhelming, with an enveloping love and as if he was telling me: “How are you, my dear, I haven’t seen you for a long time”. I felt, or rather I saw with my subtle eyes, how he began to spiral very intensely, very quickly, and he was emanating a very intense energy that encompassed the whole spiral.

After that those luminous entities, the angels, began to come down again and they took over the spiral from the outside and made the dome. At one point I really felt that I was rolling my eyes, that I was looking up and actually there was a dome with thousands, millions of angel faces, with their eyes looking at us, I felt that they were the eyes of God above this spiral.

Then I felt a kind of golden rain falling on us, it was more and more intense, intensely bright, I felt that those who were open became like sponges that absorbed this golden rain to the depths of their being, where this energy began to work. I wondered what this energy was and the answer came that the ultimate healing energy is love. I felt an overwhelming feeling of love as it manifested, as it enveloped and embraced us. At the same time, at the ground level there was a very intense pulsation, seemingly transparent, coming from the pole, from the centre of that antenna in the middle, constantly pulsating and creating a kind of energy floor. Then I felt this golden rain that entered me begin to work on me, especially along my spine, where it began to pull the energy upwards. It was like a kind of magnet that attracted all the impurities in my being, carried them upwards, and I felt something blackish coming up along my spine and out through the top of my head. At the same time I felt an inner state of upliftment, I actually felt like I was flying, floating, and that only my feet were somewhat on the ground, but in another plane where I felt that several beings were uplifted and beginning to be healed, each in a specific way, corresponding to their ailments.

Finally I felt a state of relief, inner freedom, gratitude, contentment and inner cleansing that is still in the process of awareness. I feel that it will be many days before I will be able to realize all that has happened.

Thank you very much, thank you Spiritual Guide, Jesus and all the angels for this wonderful experience! Thank you once again!

← The state was one of great clarity, in my mind there was no more thoughts I realized that the prayer I was saying for others was manifesting for me →
Share
Tweet
0 Shares