I have to forgive 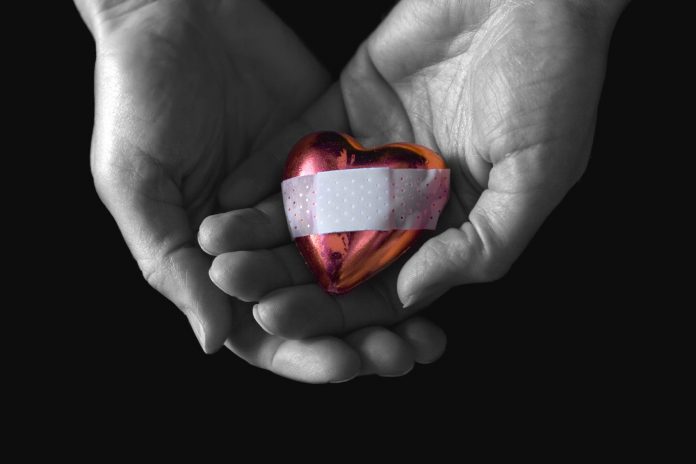 I will start my testimony with what I considered to be the highlight of today’s exceptional event, September 2nd, 2016. Suddenly, at some point, it was like a bolt of lightning for me. An inner voice said to me, “Now you are going to heal your relationship with me.” Of course, I felt it was God. I responded inwardly, “Yes, right away.” Then I felt an intense longing for God and the joy of reunion with Him.

I can’t say too much, as these were very intimate spiritual experiences, but after a couple of pieces of music a piece of tango music started and I felt God dancing with me. I was a little bit embarrassed, because I said that when I tell what I felt in the spiral, what will I say? That I danced with God? Did I come here to the spiral to dance? But I realized then that it was my ego, it was my preconceived ideas.

During that dance I felt that God was giving me a lot of confidence in myself, somehow the bad opinions I had about myself God was dispelling. Towards the end of the spiral I felt that God gave me some inspirations about the attributes I needed to assimilate.

I started with the climax, but I’ll come back to the beginning of the spiral. The first idea I thought of was that I need to take steps towards God. I had a second, two seconds, a bit of puzzlement, that I didn’t know how to take the steps: forward, up? And God told me in all directions. And then I imagined that I was a sphere and that when I took a step towards God, the whole sphere expanded, if I had to take steps in all directions, the sphere immediately appeared to me.

In today’s spiral I had a lot of experiences, revelations, sensations, experiences, vibrations and so on, compared to last year, where it was like a state, as I perceived it, of numbness. Last year I did nothing but not think about anything. However, what was remarkable last year, I didn’t feel that it was almost 4 hours, it didn’t feel the time and precisely because it was specified to us that the time would seem short, then we said it was okay, “I didn’t sleep”.

What was extraordinary last year, bearing in mind that I usually suffer from cold on fasting, is that last year I was not cold at all, although I did not have thick clothes on, on the contrary, I felt especially at my wrists an exceptional inner warmth, which protected me. That warmth protected me, because the cold makes my mind shrink and I start making all sorts of mischief, because I don’t like anything. Well, I didn’t suffer from the cold, but when I realised that others around me were suffering from the cold, I actually warmed the other girl in front of me. It was only at the end of the spiral, however, that I realised I was a bit numb and it was only when it was over that I noticed the cold.

I now return to the beginning of today’s experience. Knowing that last year I didn’t have any special experiences, I said that this year I would participate more actively and I thought of helping myself, I thought of angels, cherubs, seraphim to help me to heal myself and I decided to start with the body parts first. I started with the soles, the thighs, when I got to my knees I really liked the sensations I felt then, then I went up to my thighs, the angels were around my legs and I was asking them to heal every part of my body. When I got to torso level they said “now we have to actually go into your body to heal you”. I said “yes.” I opened up, then later I felt the herbs that were now in my stomach, in my intestines and I felt very clearly that there was a connection between all the angelic covens around me and all the angels that were healing me and somehow working on resonance points with the herbs that were already in my body.

Something else notable: I felt very clearly that this flow of healing was coming from the left and passing through my body and going to the right. A remarkable, surprising aspect for me: I felt at one point very clearly the subtle green coloured current, a very beautiful green. I don’t usually like the colour green, but this green I felt myself falling in love with. I immediately remembered that this subtle green undercurrent is about healing. Again, I wonder if it’s my imagination. I gave it a little try. I said let me think of another colour, I thought of orange, but orange didn’t appear until a flash and again the green colour came over me and I realised it wasn’t my imagination.

About healing, I don’t suffer from any serious ailments or diseases, but I have small ailments. Sometimes I get a biliary dyskinesia, sometimes a migraine, the other day I had a lumbosciatica, and now I have remnants, all kinds of such disorders, which do not leave me alone… I referred myself during the spiral to the Godly Attribute of Godly Health, perfect, I said, and I asked God to help me, but of course it was conveyed to me that it also depends on my efforts. My body must become perfectly healthy to be able to do asanas, because for example shirshasana I cannot do, because it hurts in my cervical area. Many invaluable inspirations have been passed on to me and I hope God will help me to follow them. As a healing state, because towards the end of the spiral I felt that the healing energy is like a balm over my soul and since the spiral ended I really feel that I am breathing very easily through my chest area, so I definitely resolved some of my tensions. At one point I asked God: “If I have to heal my relationship with You, when did I break it? When did my relationship with You become troubled?” God somehow took me back to the beginning of Creation, when we all separated ourselves from God, and told me that I didn’t necessarily need to know when exactly in my life I had separated myself from God. He told me to focus not on when I left Him, but on the idea that it is good to be back home and that from now on it is good to keep going forward towards Him, not to look back. To forgive.