The light coming down heals my whole being 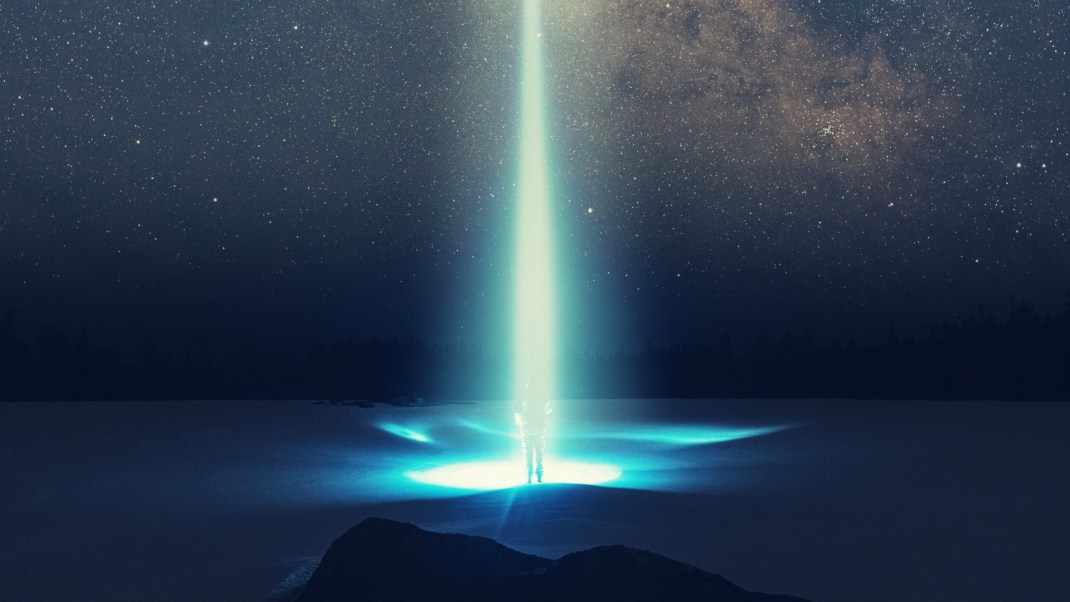 I came to make a testimony about this overwhelming feeling I had this evening. I am a therapist by profession and at the beginning of the meditation I asked God to help all sick children, all lonely and sick old people and all sick people because I often feel powerless and know that our only chance is with Him.

After this prayer I tried to bring the Spiritual Guide into my heart. And the moment I made this identification with Grieg I perceived him in the middle of the spiral and he was the one modulating the divine energy. I felt that if that divine energy were to reach us directly it would blow us away, it would disintegrate us, that’s why he is the one who modulates this energy for each of us.

As I was contemplating this image of him in the centre, suddenly my breath stopped and I couldn’t breathe for a few minutes. I tried abdominal breathing and still couldn’t. As soon as I stopped, my breathing stopped again. At some point my breathing became jerky, but it wasn’t under my control. There was a certain rhythm that I was breathing in and out. I let myself go, as I felt I had no influence over my breathing, and went inside my being to see what was going on. And I felt that at the base of my skull certain vibrations began to appear, and as I looked inside my head I perceived a very intense white light. As I was admiring and absorbing this energy, suddenly from above my head an energy began to pour out that I have no words to describe. I tried to control this energy, but I could not. It came in waves over my whole being. It was far beyond my powers and I realised that I was beginning to lose contact with the physical plane and I tried to open my eyes thinking that if I opened my eyes and saw the people around me I would regain contact with the physical plane. But the moment I opened my eyes I saw absolutely no one. I was just seeing this white glowing light. At some point, I simply had no contact on my physical body either. Someone came from behind and sat me down. He told me to drink water. I told him I was fine and continued my meditation sitted. The energy continued to flow up and down throughout my being. Most intensely my vishudda chakra was energized. It was huge, like an expanding sphere, but the light was gently descending. It was a yang flow and as it descended into my whole being it was settling and healing my whole being. I was passively observing what was going on and just got teary eyes. All I could say was “Thank you. Thank you.” And the tears kept flowing along with this energy that seemed to never end.

At the silent part of the meditation I continued to feel this energy and also at the gratitude I felt even more intensely this energy coming from God. And now I feel these energies in my being, they have not stopped. It is like a vibration that I feel in my hands, in my feet, in my whole being.

Thank you very much to God and to Grieg.