The astonishing surprise of an unexpected cure 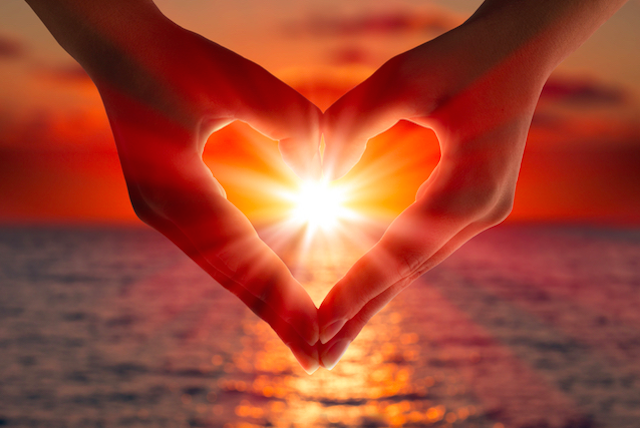 At the end of October 2015, following a routine health check-up at the foundation where I work, I had a surprise of astonishing proportions: the doctors told me that I no longer showed any symptoms of the congenital heart disease I had previously suffered from! I should mention that I have the medical certificate stating that I was suffering from this disease in August 2015. Besides, every year I have rigorous tests which until recently indicated the existence of mitral valve prolapse (congenital), so my pulse was very high and my blood pressure had abnormal values.

Last week the doctors examined me twice to make sure that this disease was indeed no longer present in my case (they even listened to my breathing with a special device, asking me to breathe very deeply).

The astonishing surprise I had when I found out that I was no longer ill immediately made me wonder in my innermost being if this miraculous healing had occurred as an effect of my participation in the Exceptional Event on September 6th, 2015. The immediate answer I felt deeply in my being was: yes.

I should mention that when I participated in the spiral meditation conducted on the occasion of the Exceptional Event on the night of September 6th, 2015, I felt an extraordinary state of grace. For me it seemed as if the heavens had opened up in a greatness and glory that made a particularly strong impression on me, and afterwards, for several weeks, I remained in thought of this exceptional state.

I was amazed by how much grace was able to manifest itself through Grieg’s being and how he was able to channel it towards us! I withdrew from the spiral field immediately after the reabsorbing meditation of the spiritual field of the yogic camp, rested at home for a while, ate a hearty meal and then after regenerating myself in this way I performed the meditation at home, in unison with all those participating on the spiral field, this was possible for me because in the courtyard of the house where I was staying, in Costinești, you could hear very clearly everything that was being played on the loudspeakers on the spiral field, so I could hear very clearly from where I was standing Grieg’s words in the recording as well as the meditation music.

The meditation was exceptional for me, even now I feel overwhelmed by the grandeur of that night! When I arrived in the spiral, having waited long enough to enter, I noticed a certain superficiality of some of the participants in that event. I wondered how miracles could occur in that amusement park-like atmosphere. But I noticed that as time went by and as the waiting gradually brought with it trials such as cold, hunger and impatience in some of those present, I felt in an ineffable way how each of those present person became more and more ready to receive the godly miracle in their lives.

That night was for me a totally exceptional night!

When he came to the room where we were staying, my beloved gave me a drink of the water that had been subtly charged during this spiritual event. He had stayed until the end! I drank from that water and I remember even now the extraordinary sensation I had immediately after drinking that water, a pleasant regenerating sensation, like a subtle living, inspiring fire, a subtle sensation that was also refreshing and that energized me, that energized in a somewhat unusual way my whole chest area. Later I understood that the soothing water I drank also contributed to the mystical healing process that I later found I benefited from.

At the opening conference of the new year’s yoga course, when the instructor invited the trainees who wished to relate some of the special spiritual states they had experienced during the August 2015 spiritual vacation, my beloved felt it was time for him to also testify, in front of the other trainees, the powerful healing impact that the water that was subtly charged at the Exceptional Spiritual Event on September 6th, 2015 and that I drank immediately, that very night, had on me.

I thank God and the Spiritual Guide from the bottom of my heart for the grace they have bestowed upon me.