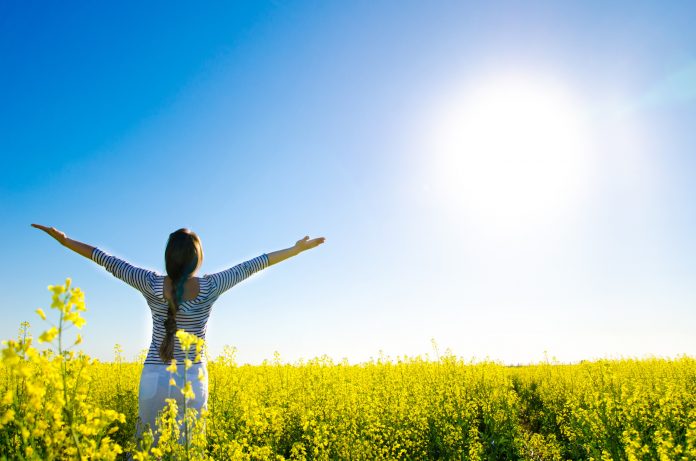 I want to say that I feel that when we make the consecration for the preparatory fasting for this action, we actually enter a sacred space and a sacred time, at least it was for me last year, and in this sacred space and sacred time there were, in my case, three spontaneous healings. I was integrated in the Miss Contest and I was having heart palpitations. All summer I was going to doctors and was even monitored with a machine for 24 hours. I had hundreds of extrasystole palpitations in 24 hours (I have the papers at home), but not exaggeratedly many, I was told it wasn’t huge, but I had around 500. I wasn’t sitting around for nothing. I did the best I could. The healing happened before last year’s event, but I already felt that I was in a special field and after an action I took with the Great Cosmic Power Bhagalamukhi, who was also the governor of last year’s camp, on the street, in front of a restaurant next to the yellow tent, a huge light came into my chest and I felt that it was over, that I was healed. And from that moment on, from 500 extrasystoles in 24 hours, I didn’t have a single one for a year. I haven’t had one since.

During last year’s event I suffered from the cold because I wasn’t prepared enough and I even put my feet in a backpack and that’s how I did the meditation and I was so cold…, but I said I’m not leaving here, even if it was the last meditation I would do and I physically endured the cold, but the soul, since the meditation started, just expanded. I’ve encompassed the space in the camp and ended up in a space with a huge opening. I could see more than 360 degrees around me and that space was so pure and you could see so many angelic entities of all kinds, some brighter, some bigger, there were hundreds, thousands of them and they were assisting us. There was a gate in the middle and I was very curious what was behind that gate, but the door didn’t open. Maybe it will open one day. And then with that healing I mentioned, with the palpitations, it actually began the unravelling of a karmic chain. In the next two healings, I won’t go into details now, because there are a lot of awarenesses from this life and from previous lives…

The next one was related to the knee. I had come to camp and I had water on one knee. I couldn’t do a lot of movements without the knee swelling up and it hurt, but not very much. The water was in the knee, so much so that after about 6-7 months the doctor told me I needed surgery because after 7 months it wouldn’t heal naturally. I had no desire to do any surgery. That’s when I started really praying to God and did everything I knew from yoga and within a week or two I had no more water in my knee, but it still felt like a miraculous healing. I was 7 months with water on my knees and all of a sudden in 1-2 weeks I prayed to God and He took the water away.

The third healing was related with my hand. I made a wrong move and I couldn’t move anymore… I went to the doctor, but they said I couldn’t see anything at all, but I couldn’t make any effort, I couldn’t even open the stove. I couldn’t do anything. After that was with the other hand, I don’t know… Then I stepped crooked and one of my ankles twisted. That’s part of the same karmic chain, apparently for no reason. I did everything I knew to recover, but absolutely nothing worked. And when I couldn’t, I prayed to God: “Lord, help me to heal! Help me!” And there came down from somewhere above a lot of energy and it seemed to carry life and strength in my hands and in that moment I had absolutely nothing.

These are the three healings that I believe are caused by my entering into that sacred space and sacred time, which began with the consecration for the preparation.