I’ve experienced what it means to love without attachment 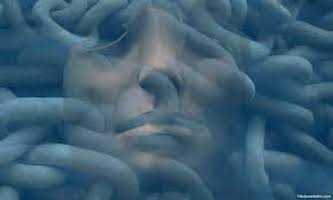 I will resume myself to certain aspects of these experiences. Specifically, I will skip the energetic or bio-energetic states, light aspects. Obviously I am convinced that all of us perceive more or less that divine healing energy, that God’s Grace that is poured out on us. So I would like to make a brief summary of the spiritual revelations that came to me during these exceptional events.

The first experience of 2015 was in some ways the most interesting. I will make a parenthesis for those who were not. The activity went on for a very long time, people had come thinly dressed and by the evening when the event took place they were cold, it was very hard in some ways, physically. And in that context God was very good to me, in the sense that through a being who didn’t know me and who was on the other side of the fence he helped me to get my clothes from the car. It was a person who didn’t know what he was doing by the fence. We were all standing by the fence hoping to see someone we knew to help us, to give us clothes. That person who didn’t know me saw me sad there and waiting for I don’t know what and offered to help me. I gave him my car key and he brought me lots of clothes and unlike the friends I spoke to afterwards who told how hard it was, how much karma they had burned, how difficult it was for them to last to the end, I felt privileged because I was very well dressed, I even gave out of my clothes and the experience itself was overwhelming, of communion with God.

It was as if I was back in the welcoming arms of a Divine Mother, a Heavenly Father who was actually spoiling me and receiving me into His bosom in a way that I remember triggered a cathartic state in which I cried most of the time with happiness, with joy and overall it was sublime and I felt what it meant to be in communion with God for a long time – as long as the meditation lasted and afterwards.

The following year, in 2016, I was preparing myself. I now knew what was coming, or in quotes “knew”, and I was preparing as if for a very important meeting in which I would again be in the arms and bosom of Heavenly Father. On that occasion, however, I perceived even more than that, in that I asked Him within what is the disease from which I suffer most. I don’t actually have a disease. I wasn’t suffering from any ailment that I felt. I was coming as many of us come, to benefit from this sublime energy and divine Grace. But somehow inside I had this curiosity. And in that state of communion with God the Father I received a very significant response for me, in that his response was “Stupidity. The disease you suffer from most is ignorance or stupidity.” Relatively shocking compared to the experience of a year earlier when he had spoiled me and loved me. No, I didn’t feel like he scolded me. He simply answered my question. And quite stunned I said “I mean how? Give me details.” Don’t imagine it was a dialogue as if two people were talking. It was as if that energy, that sublime grace descended upon my being and in my brain took the form of that dialogue. And His answer was that the greatest disease I suffer from is ignoring the fact that I am one with Him. The fact that I forget and ignore, except for those exceptional instances or some very special states that occur quite rarely for me at the moment, I effectively ignore this truth: that we are not separate, that I don’t necessarily have to wait for the Event to be one with Him and that this in fact is the worst disease that many of us suffer from.

Truly overwhelming was that experience too. And it was also then, in 2016, that I perceived that it would not be very easy to get rid of this illness. As if to say to me, “Well, it’s a hard disease. Just be patient.” And I watched over the year that followed to really open up and understand, feel, commune with God and see what else I should be working on. Obviously we’re all working, preparing.

In 2017, last year, I wasn’t thinking about anything in particular. I was very open to receive absolutely anything that came from Heavenly Father. And to my dismay towards the end of last year’s example I had a very, very clear perception that I was “cured” of another disease I was suffering from and that was attachment. Even without thinking at all about the two people I felt most attached to in this life, they simply came to my mind and I sensed that at that moment God the Father was working a miracle, really a miracle for my being, on a psychological level I could say, in the sense that he was healing me from attachment. It’s very hard for me to explain in words, to describe this feeling, but I watched throughout the past year to see if it just seemed to me or if it was real. Because I clearly felt something like a weight lifting off of me related to those attachments and I sensed how this was another one of the illnesses preventing me from uniting, from being one with God all the time, as I had expressed my desire to be. And then, last year, it became quite clear that loving doesn’t necessarily imply attachment, even if it’s to my daughter or my lover. We can love them very much and show love wholeheartedly and yet not feel that weight of selfish attachment. So I looked to check – have I really healed? Now I don’t know to what extent. I don’t dare say more, but I can admit that I have indeed healed to a great extent and have been able to experience what it means to love without attachment, or at least excessive attachment. And for me, in my being, it crystallized in the following way: if God would come now and say to me, “Enough, leave everything and come with Me and be one with Me,” as we all prayed when we said, “Heavenly Father, I aspire that I belong only to You,” if He would come and say, “Enough, now is the time. Let us be one!” I felt that those attachments would pull me back. I’d say, “Oh, but how, who can I leave him to? And who should I leave her to?” And then it was necessary for me to heal from that attachment.

And this year, again to my dismay… I repeat, certainly, all the subtle experiences related to the white-shining light that penetrates and purifies us, obviously I felt and perceived them too, but I was much more interested in this “spiritual dialogue” with the Heavenly Father in this privileged moment when I felt “as if the heavens were opening” and I had direct contact, in a way that I could hardly have access to in a normal way.

And also to my dismay this year intolerance was revealed to me as a “disease”. The fact that, even in a necessary way I would say, I was next to a person who disturbed me, pulled me by the hand, I even had to tell him in words, I won’t go into details now, but it was something that… I was eager to unite, to merge into the already known state with God and somehow I felt hindered. And I tended to be somewhat intolerant. And I said, “Look, it’s ruining my meditation.” And I was unpleasantly impressed even by a certain smell.

It had awakened in my mind that state which I actually recognized as a certain intolerance, because towards the end of the meditation I understood that this is what God wanted to show me actually through this exemplification, because the words of Jesus about “Love your neighbour” came to my mind. That being was at that moment, like it or not, my neighbour. And that was the lesson.

I had to finish the stages of silence and gratitude to realize that for this year this was my lesson and this is what I need to work on because it was revealed to me that I was still suffering from that disease.

Thank you very much. I thank to the spiritual guide and God the Father.