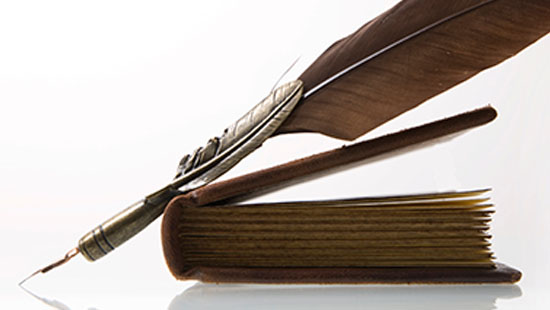 I felt I should come and tell about healings and miraculous events in my life and I was wondering what to choose, because there are so many, so extraordinary and so wonderful things happening in my life that I feel are gifts from God.

Shortly before the Event started or even during tonight’s Event it became clear in my mind that the most important fact for me – which I want to share with you too, those of you who are here – is that I realized that all these miracles and good things in my life have happened and continue to happen because I have wanted to feel God in my being and in my life and I have sought to do everything in my power to make this happen, to feel it, and to manifest His Grace and to feel His presence, to feel that He is with me. In the continuation of this desire, certain events happened in my life and at one point, in a moment of crisis when I was asking myself a lot of questions, not understanding what was going on and even why certain things were happening in my life, I remembered one of the wise pieces of advice that Grieg gave us, namely that it is good to put God first in our lives. And from that moment on I somehow felt the depth of this statement, the importance and power of this choice. And I decided to really put God first in my life and to be something alive, something to give life to, to somehow nourish this choice, this intention, not to remain just a thought, some words, but to really act on it. I made this choice two years ago and since then a lot of miracles have begun to happen in my life, a lot of insights, a lot of clarifications, including about the well-being of the body. I didn’t pay much attention to this aspect, but certain events happened and God showed me that it is important to take care of my body and its well-being. And I began to take care and pray for it to be well, because I realized that without a state of well-being in the body, I have little way to sustain this relationship with God, as I wanted and still want.

Last year, in preparation for the Event which was in September, I also very easily kept the 12 days of fasting, even though I was quite weak. I don’t usually have a problem with fasting days, but it was a more difficult time for me health-wise, I had lost weight and had some doubts about my strength to fast. I found that I kept them very easily and was very supported. Also, during that period, July-August, I had a lot of insights and clarifications about an older condition that was diagnosed about 13 years ago. I treated it at the time, 10 months ago, took a fairly consistent treatment for several months, recommended by my doctor, a colleague who also studied Ayurveda, and it worked. I also continued with asanas, which helped me in the remission of symptoms, the diagnosis is ankylopoietic spondylitis, it is an autoimmune disease and its course over time is quite unpleasant. But I haven’t had any problems for the reasons I mentioned. Last year it relapsed, an acute episode started again and during this period when I kept the 12 days fastings I understood the reasons why this condition recurred and this helped me a lot to start a healing process. This process continues because I realized during that period and afterwards that there are some misunderstandings, some very deep conflicts in my being and even now, after the end of the event, there are certain thoughts, certain understandings that help me in the healing process of this condition. And I felt I should say this too because in the case of more serious illnesses it is a process that takes time, it takes a certain amount of time before we manage to receive what is necessary for the healing process to be complete and profound.

What I would like to add is that last year, when I filled out that questionnaire, I filled out about six diagnoses of health problems, and one of them, more importantly, in addition to spondylitis, was some thyroid problems. This problem also runs in the family, my mother has it too and this was also objectified by some investigations and I felt in the neck area a certain sensation and that something is not right in that area. After last year’s event, over the course of a few months I began to analyse, because I felt that I had to solve this problem, with the thyroid, of all the other conditions, besides the sponidylitis, and I began to pay more attention to certain thoughts that I had for a long time, but I have not stopped them. Now I started to stop, I also kept the diary that Grieg said about and it helped me a lot that I was writing down certain inspirations I had, certain insights. It helped me a lot to somehow unravel all the disorder that existed and manifested itself in my being at this level, corresponding to the thyroid gland. Now I can say that for several months now I have not had those manifestations at this level and through the investigations that I have repeated, the disorders that were there before have no longer been observed. These are some of the very good and very beautiful aspects of the healings that are happening in my life that I have realised are helping me to have that state of peace and tranquillity and stability, a certain stability, that allows me to have this relationship that I want with God the Father and to be lucid enough and firm enough for Him to be and always remain first in my life.

Thank you very much. I thank God for all that He gives me and I thank all those who help me from the subtle planes, for there are many. I receive help, I feel that I receive help from many beings of light, and angels, and spiritual Guides and of course I thank Grieg because he makes it possible for this help that we receive to manifest in a certain setting. Thank you very much.