I felt a deep state of timelessness 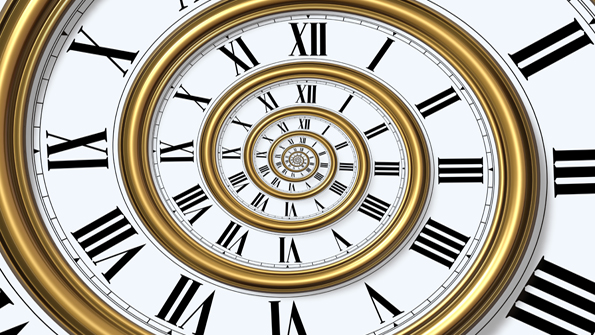 I am going to tell you what I felt when I attended the Exceptional Spiritual Event on September 6th, 2015.

I was very impressed that although there were many people present waiting to enter the spiral in order to participate in that activity, the atmosphere was silent, pious and everyone sat quietly, as if everyone was sensing in a silent way what was about to happen. I noticed that almost everyone around me was experiencing an ineffable state of inner contentment.

There was no excitement in that crowd of people, and even though there were a lot of people there, the atmosphere was by no means noisy, as it is at rallies or other large events. I liked the fact that the security team’s check at the entrance was very thorough and I felt safe.

After entering the spiral area, I filled in the participation form provided by the organisers, and under the heading “ailments” I noted that I had gotten rid of several vices (smoking and alcohol) as a result of an intense prayer to God during a pilgrimage I made to Jerusalem at the Wailing Wall. God then answered my prayers and shortly afterwards I was cured of these vices (tobacco and alcohol).

As I prepared to begin the spiral meditation I was pleasantly impressed that although on September 6th, 2015 the meditation was held a few hours later than the originally announced time, everyone present was calm and quiet and no one manifested in any way unpleasant.

After the audio message that Grieg had sent, stating that the start time of the meditation would be delayed, some people around me were saying that the wait might take more than half an hour, maybe even a few hours. Others said the wait might be even longer. Seemingly paradoxically, this aspect deeply reassured me, because since then I have not stood still at all to watch the passage of time in any way, and I then experienced a deep sense of timelessness throughout the duration of the preparations for the start of the yang spiral meditation.

While waiting in this timelessness I noticed how above us all a visible sign appeared in the sky, which I interpreted as a God’s sign. Above us flew a flock of storks, there were around 150-200 birds that seemed to inspect the place, from a height of almost 200 meters, as I thought, roaming the space above the spiral. After flying over the space where we were in the spiral, the birds headed out to sea. This event was applauded by many of those present, who seemed to understand, in unison with me, the divine message that was manifested through those majestic birds flying above us.

In the last part of the lead up to the yang spiral meditation, I felt as if the moon was watching over us and at one point I noticed the Milky Way on the sky. I felt a perfect integration of us, of all of us, into nature. I then perceived a state of perfect communion between the spiritual action in which I was participating and the whole of nature.

I was very impressed by the moment when the participants in this spiritual action offered to make blessings for those who were seriously ill.

When the meditation began I was as attentive as possible to what was then being done in unison. The message of consecration to God appealed to me very much because it was a simple, clear and precise message which immediately had a profound beneficial effect on my mind. Although the message was so simple compared to other prayers, I then felt very intensely God’s response to the consecration, which I confess has never happened so clearly to me before. In fact, from that moment a kind of revelation began for me. I no longer felt the cold or the feeling of hunger or thirst. The musical message accompanying the spiral meditation was very intense for me and had a great effect. I practically became timeless and didn’t feel the flow of time at all.

Even though I had been in black fasting for more than a day, I felt a pleasant warmth in my whole being and perceived an ineffable thrill in my whole being. I concentrated, praying to God to heal my ailments, which were a boil and a navel ailment.

Later I found that the beneficial state from that spiral meditation I can recall whenever I think of that moment and my participation in that exceptional spiritual Event.

I would also like to mention that when I concentrated as Grieg indicated in the audio message and repeated 21 times “Lord God, have mercy on me!”, I felt a pleasant, intense warmth rising from the soles of my feet to the top of my head. Even now, after attending this exceptional spiritual Event, I can still feel and evoke the extraordinary spiritual state I had at that spiral meditation, I could say, even with the same intensity.