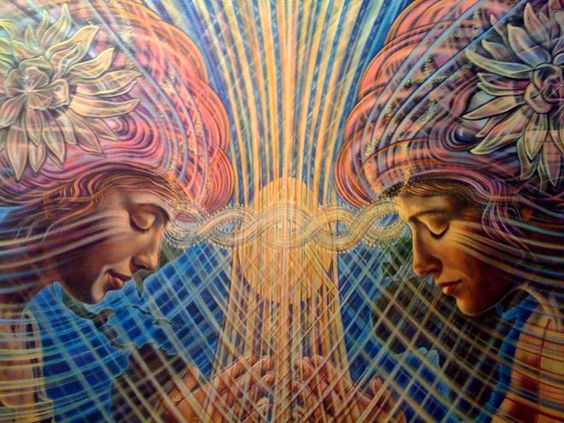 This is what I want to be a testimony of tonight’s meditation and an addition to what those before me have testified.

I felt from the beginning a state of unification with each colleague present in the spiral and I felt very strongly the manifestation of the Godly Attribute of Godly Compassion and it was so strong that I felt that the soul could not contain so much godly energy and I was projected even more deeply, into the Self, and I felt that it was so complementary this manifestation of Grace and at the same time also the manifestation of the other attributes that my colleague mentioned earlier, that it was overwhelming, there would be more to say, but… It was also very, very poignant and maintained this state of extremely elevated refinement, which was without object.

Usually, as an artist, you can appreciate a work of art from whatever field it is, and you get that state from contemplating or hearing or seeing a particular work of art. But here it was so strong, even overwhelming, an extremely pure refinement. And the state of consciousness became more and more pure and it was very beautiful towards the end of the spiral. Because of the intense schedule and the repeated fasting, at some point I had to sit down, but the state was remnant and I was even able to become much more aware of it. It was and is very, very special and godly.

Thank you Grieg and thank you God, God.