A gift offered to the participants in the Exceptional Healing Event on September 1st, 2019 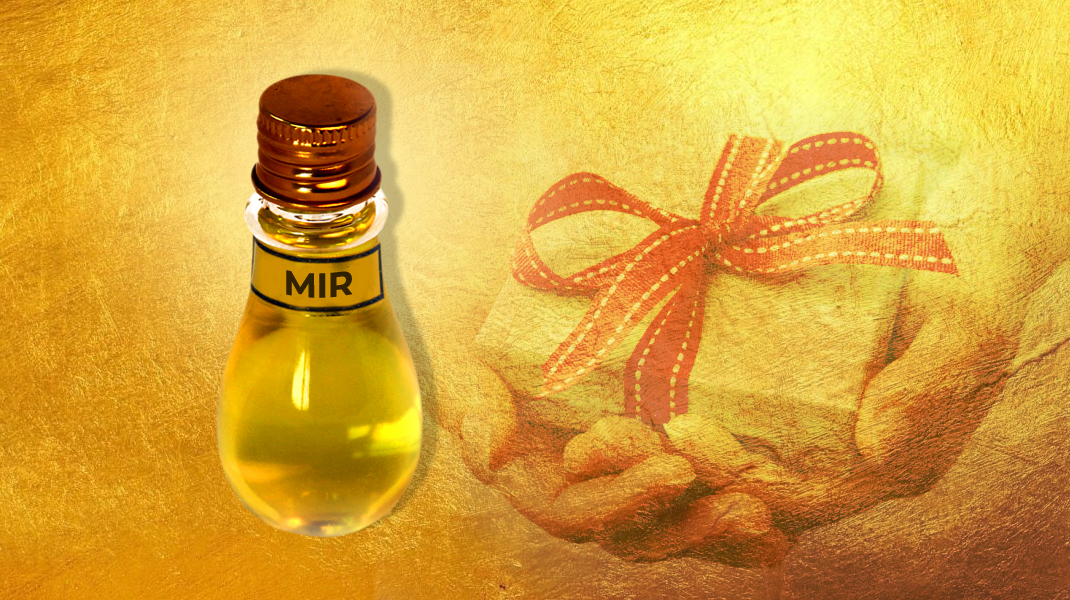 All those who will participate in this year’s Exceptional Healing Event, which will be held on Sunday, September 1st, in Costinesti, will receive for free a bottle with perfectly natural myrrh, made especially for this event.

Here are some of the exceptional effects of the perfectly natural myrrh. A larger list of these beneficial effects can be found in the Costinesti Camp Program, at page 361 (in the English version).

It is welcome to read very carefully, even 2-3 times, the full range of these effects, in order to observe the occurrence of processes of occult resonance in the universe of your being, which in turn will facilitate the appearance of inner leaps with greater ease.

– It has overall beneficial effects, such as: a global harmonizing effect; confers a state of balance, both psychically and mentally; triggers processes of biological transmutation of the substantial sexual creative potential; determines the spontaneous sublimation in the upper levels of the being of the specific subtle energy that appears as a result of biological transmutation processes at body temperature.

– It has beneficial effects at the level of the subtle center of force muladhara chakra, among which: amplifies the subtle energy of life; has invigorating, regenerating and rejuvenating effects; helps maintain or regain optimum health; stimulates and accelerates the initiation of healing processes.

– It has beneficial effects at the level of the subtle center of force swadhisthana chakra, among which: favors the elimination of paralyzing inhibitions; awakens, energizes and amplifies the power of control over the substantial creative potential; facilitates the spontaneous discovery of the wonderful and charming aspects of existence; diminishes and makes disappear the subtle energy blockages that exist in the ethereal sheath.

– It has beneficial effects at the level of the subtle force center manipura chakra, among which: determines the reduction of the limiting, overwhelming influence of the ego; egocentrism decreases; favors the elimination of the various tensions, which appear both in the emotional sphere, and in the mental sphere; confers a global state of well-being; awakens and amplifies a stenic state of self-confidence; awakens an optimistic vision of life; makes possible the appearance of a state of harmonious integration of the individual will into the ineffable Will of God.

– It has beneficial effects at the level of the subtle center of force vishuddha chakra, among which: creates the premises of the emergence of a strong state of high mental receptivity; helps the elimination and annihilation of disruptive or harmful influences; favors the elimination and annihilation of various evil influences; awakens and amplifies the beneficial state of inspiration and opens the being to a godly guidance; facilitates the emergence of an ineffable state of providential protection; facilitates the purification of the subtle auric field.

– It has beneficial effects on the level of the subtle center of force ajna chakra, among which: favors the gradual elimination of bad habits and vices of all kinds; awakens and improves attention; confers an excellent capacity to control the ethereal subtle energies; awakens and amplifies a state of lucid calm; facilitates the induction and deepening of an ineffable state of stillness of consciousness that facilitates spiritual revelations; refines and elevates desires.

– It has beneficial effects at the level of the subtle center of force sahasrara, among which: awakens a frantic aspiration that is oriented towards God; gives a state of calm and excellent inner peace; energizes and amplifies the manifestation of a strong faith in God; facilitates detachment from all that is illusory and ephemeral; facilitates the elevation of the vibration frequency of the being; facilitates the emergence of strong states of happiness; awakens and amplifies the state of humbleness.